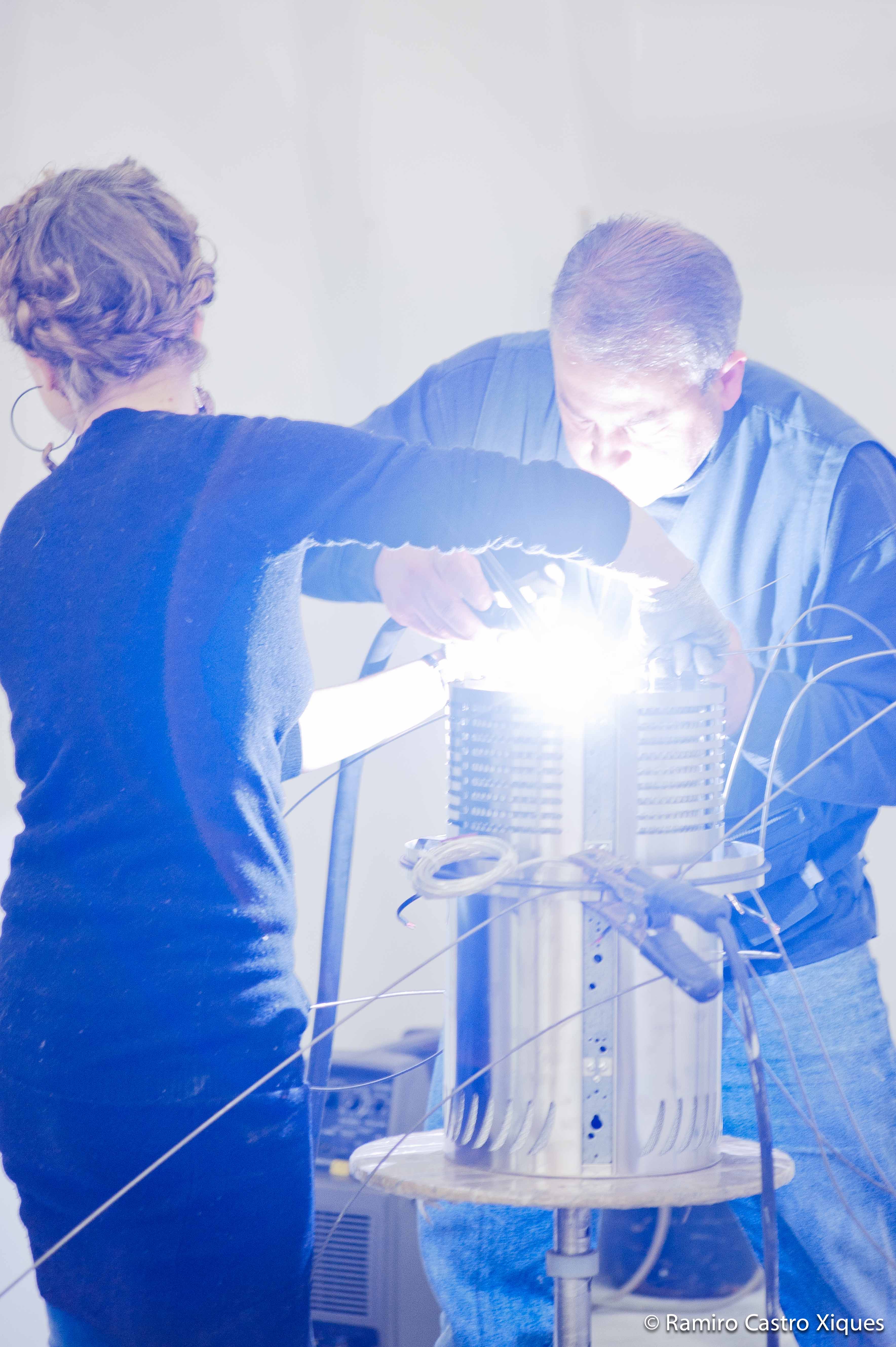 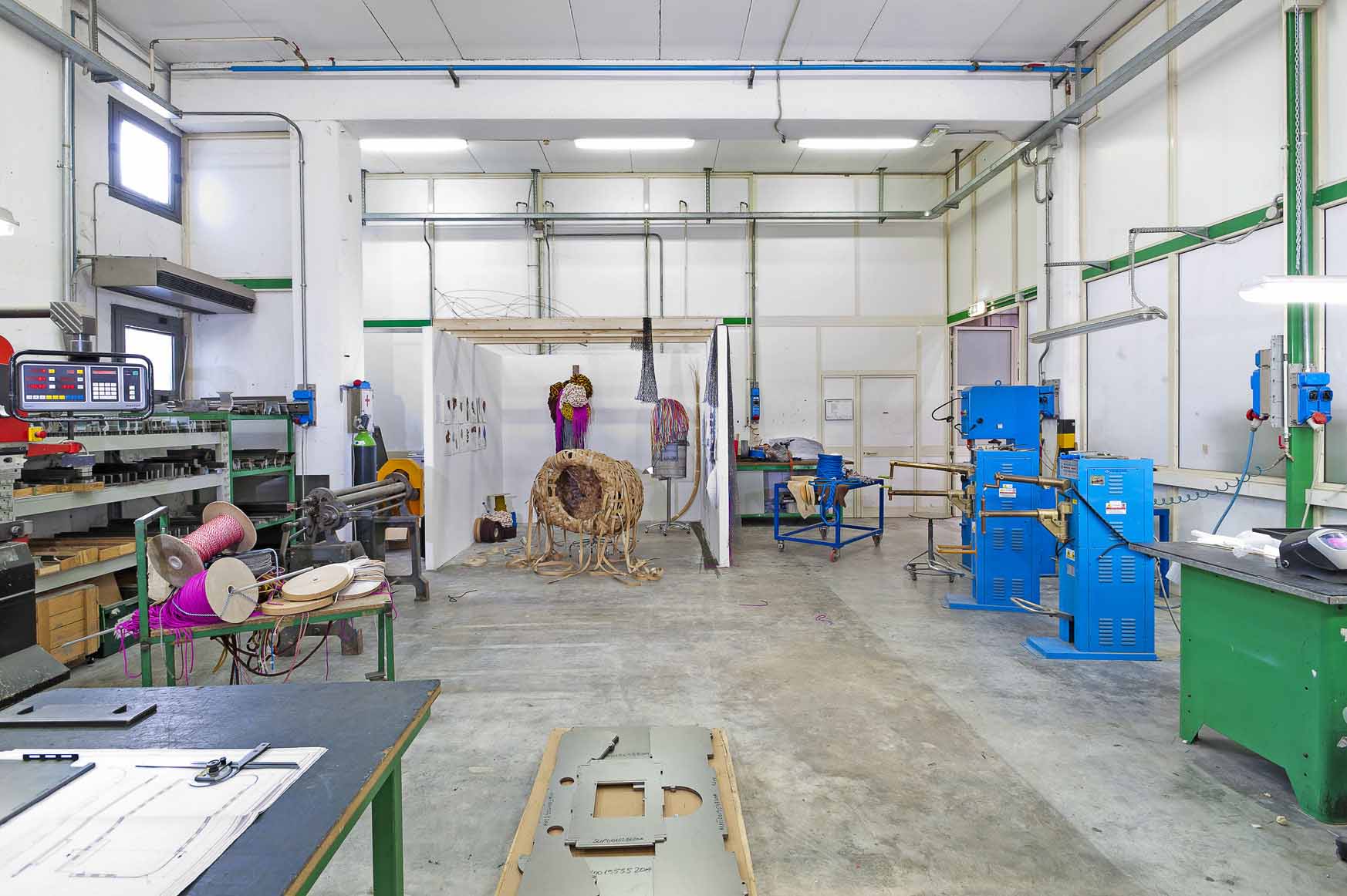 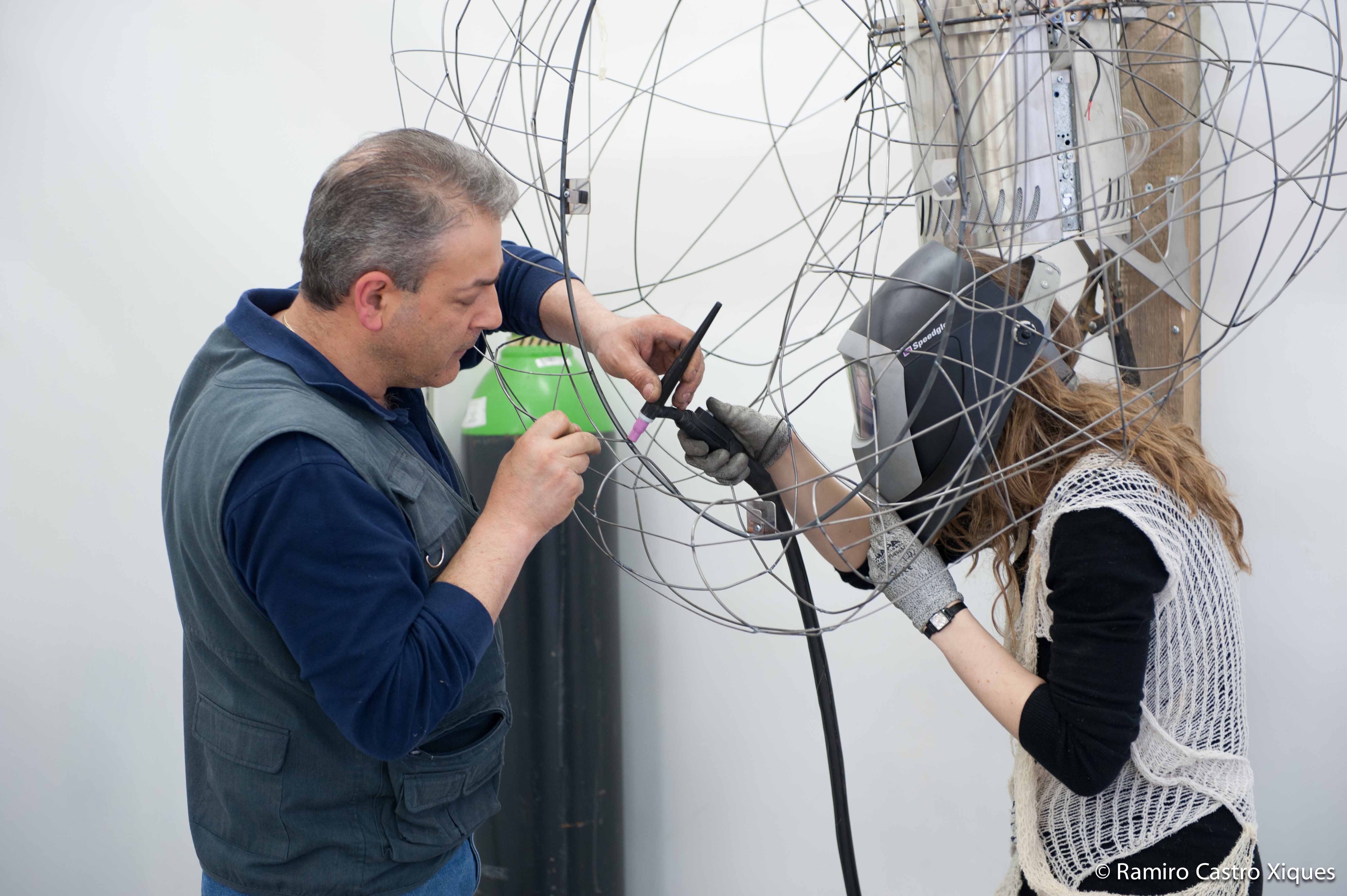 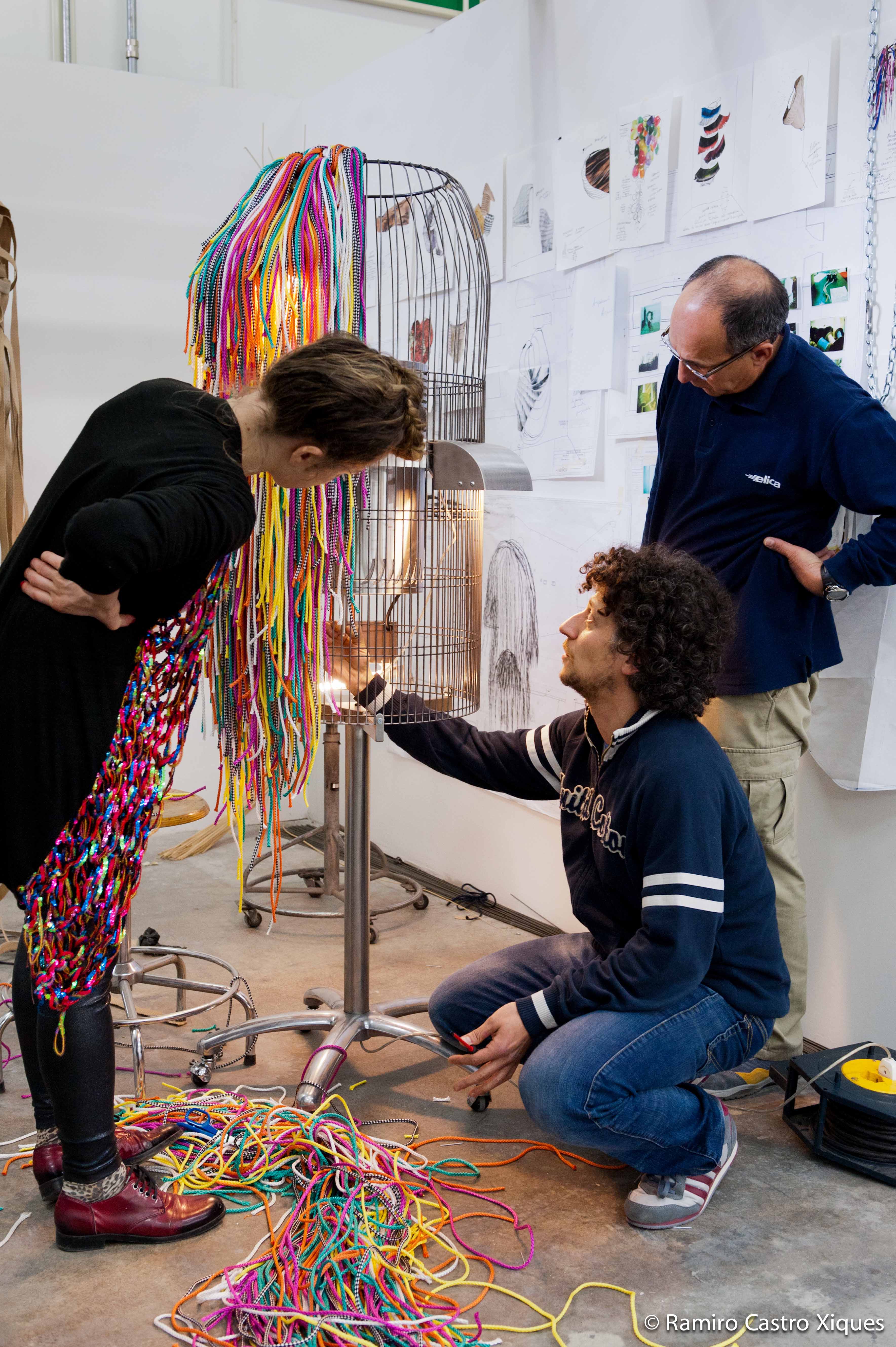 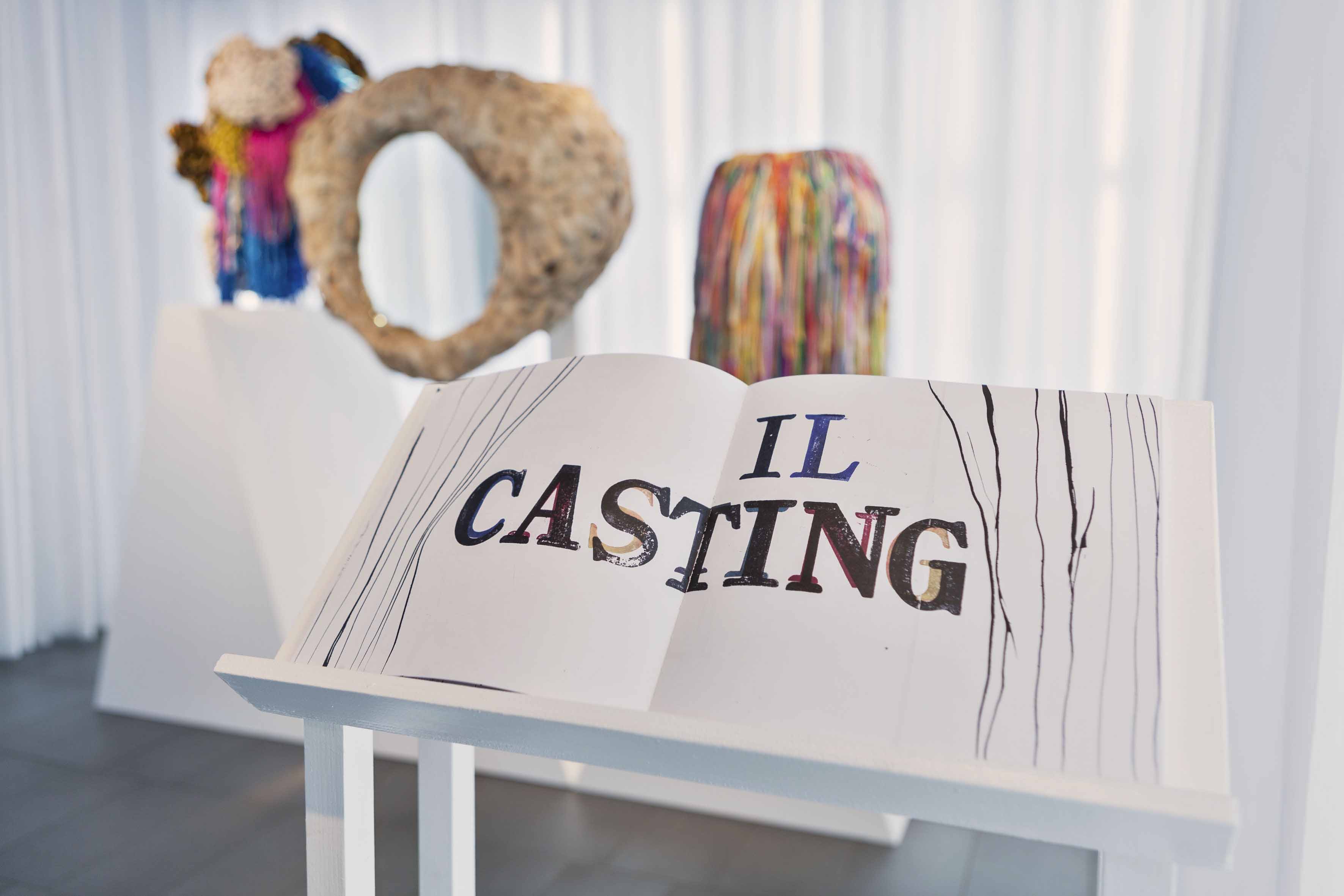 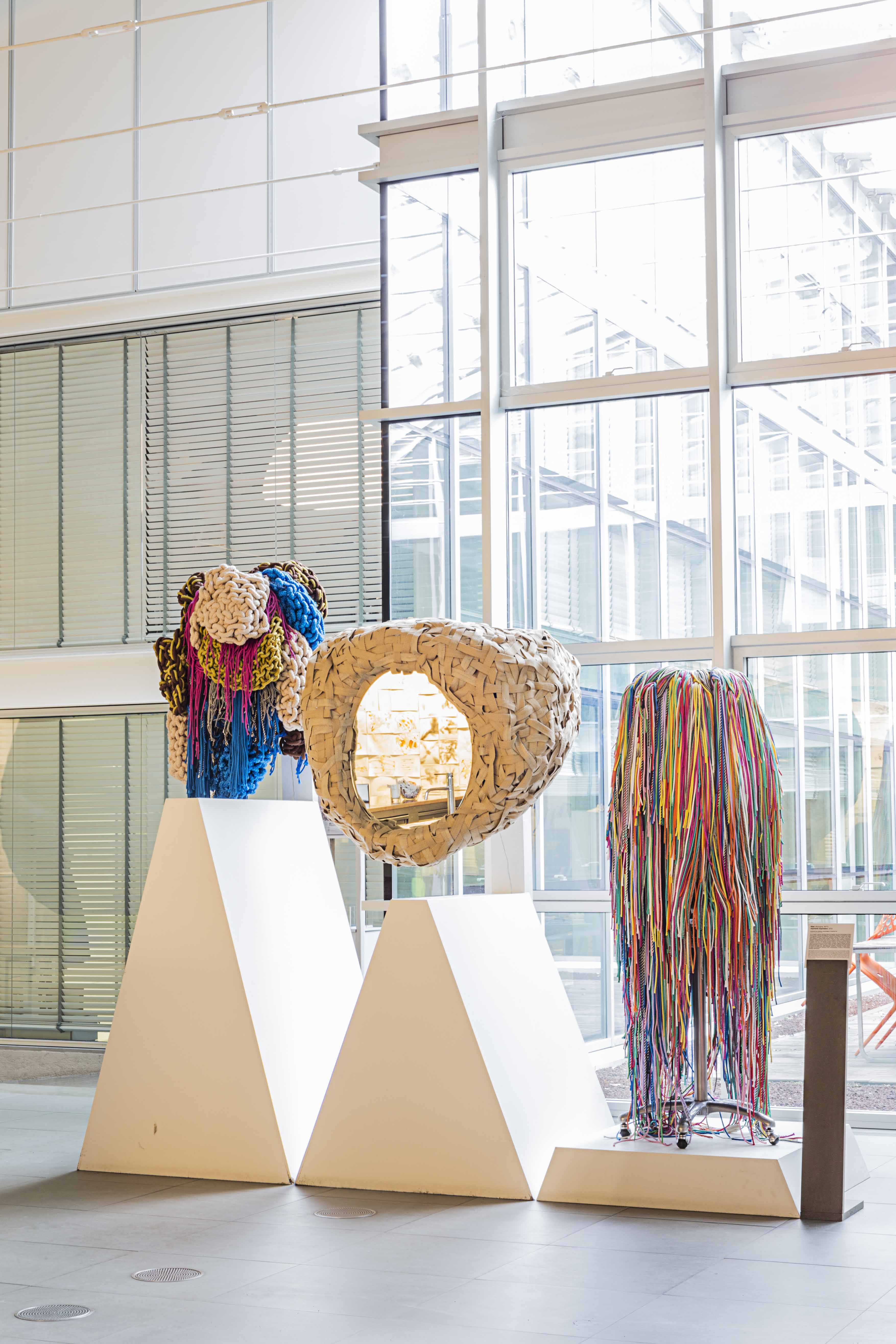 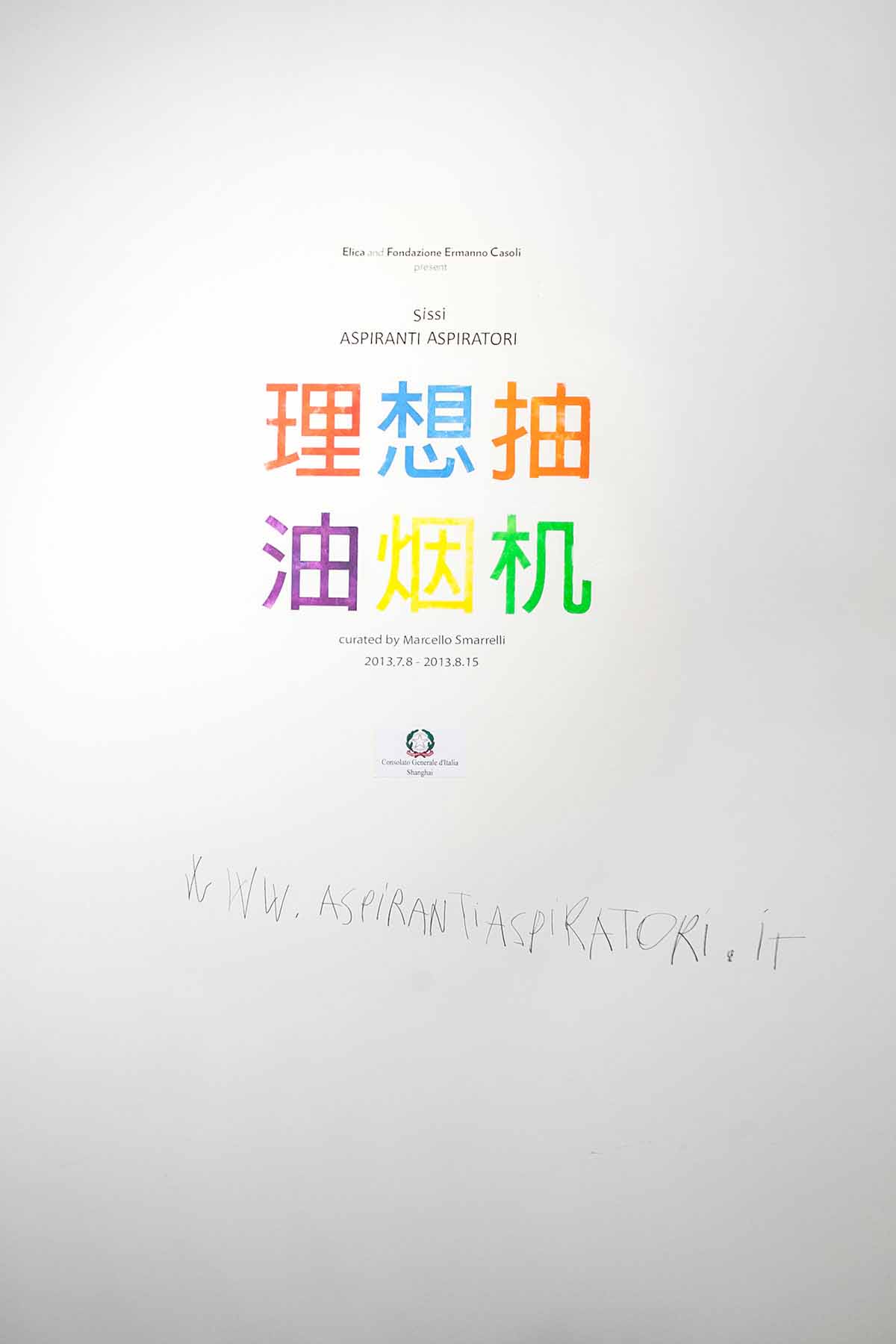 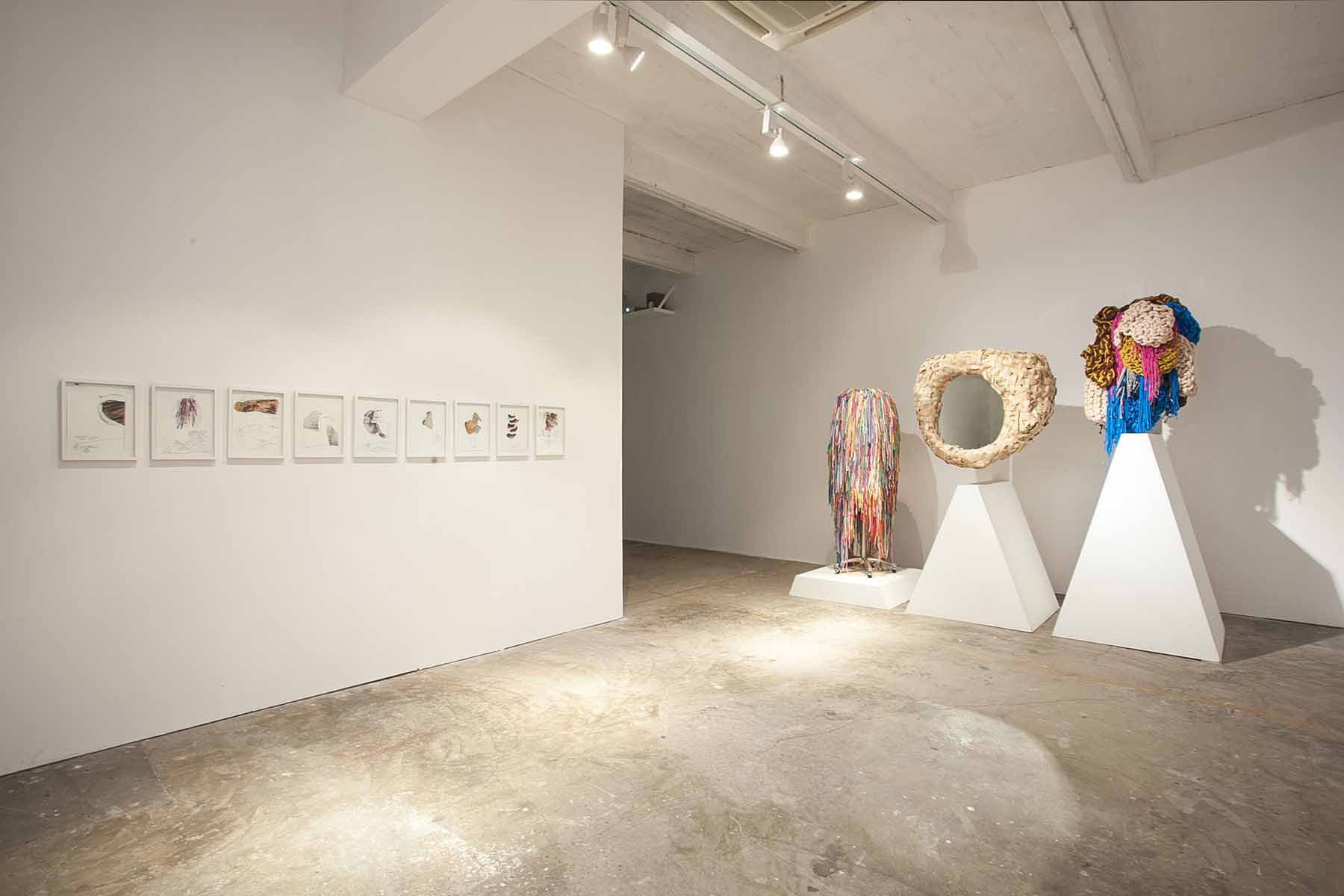 Aspiranti Aspiratori is a project that Sissi realized for Elica, based on a personal and original theory. The artist is constantly present within the company and she generates a continual, incessant osmotic exchange that creates a new identity: Organindustria, namely the company turned into the very artist’s body.

Starting from these bases, Sissi committed into re-thinking the air purification concept, a pivotal issue to Elica’s research; to do this, she had her atelier built inside the Headquarters’ Prototype Labs. The Cubatrice – that is the peculiar name that was given to her working space- is a protected, limited place, yet open for any interaction. Here, the company’s employees witnessed the artist’s artworks creation, as they turned into participants and partners of such genesis. From this delicate contamination and exchange process, drawings, collages, sculptures, and thoughts were created. The story that Sissi told has a mythology flavor and deals with the genesis of a family of ten Aspiranti Aspiratori (aspirators to be): ten potential characters whose ambition is becoming purifiers, each one with a well-defined identity and named after a key concept, consistently with its shape and functionality.

Among the ten Aspiranti Aspiratori that were designed, three were realized and exhibited, along with the animation video Casting. This video describes the aspirators’ creation and was exhibited at Elica’s Showroom on the occasion of Fuorisalone 2012, which is a collateral event to the Milan Salone del Mobile; the arrangement was curated by the architecture firm Salottobuono.
Furthermore, this project was presented to two major events promoted by FEC in collaboration with Elica: the presentation of the artist book published by Corraini that documents every procedure step, at MAMbo – Museo d’Arte Moderna di Bologna, within the IX edition of the Bologna Artelibro Festival 2012; and the artist personal exhibit, held at the Aike-Dellarco Gallery in Shanghai, from July 6th to August 15th, 2013.