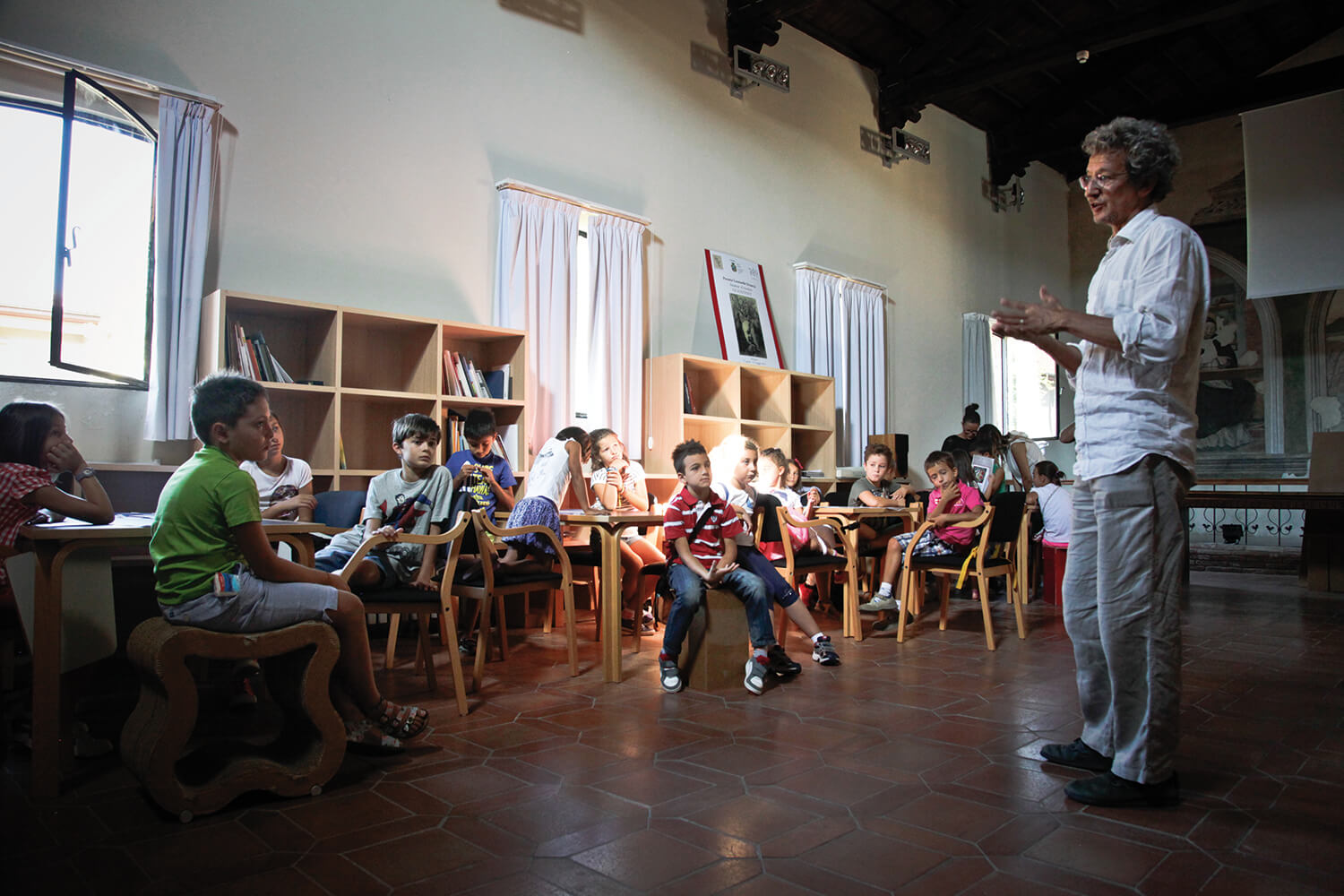 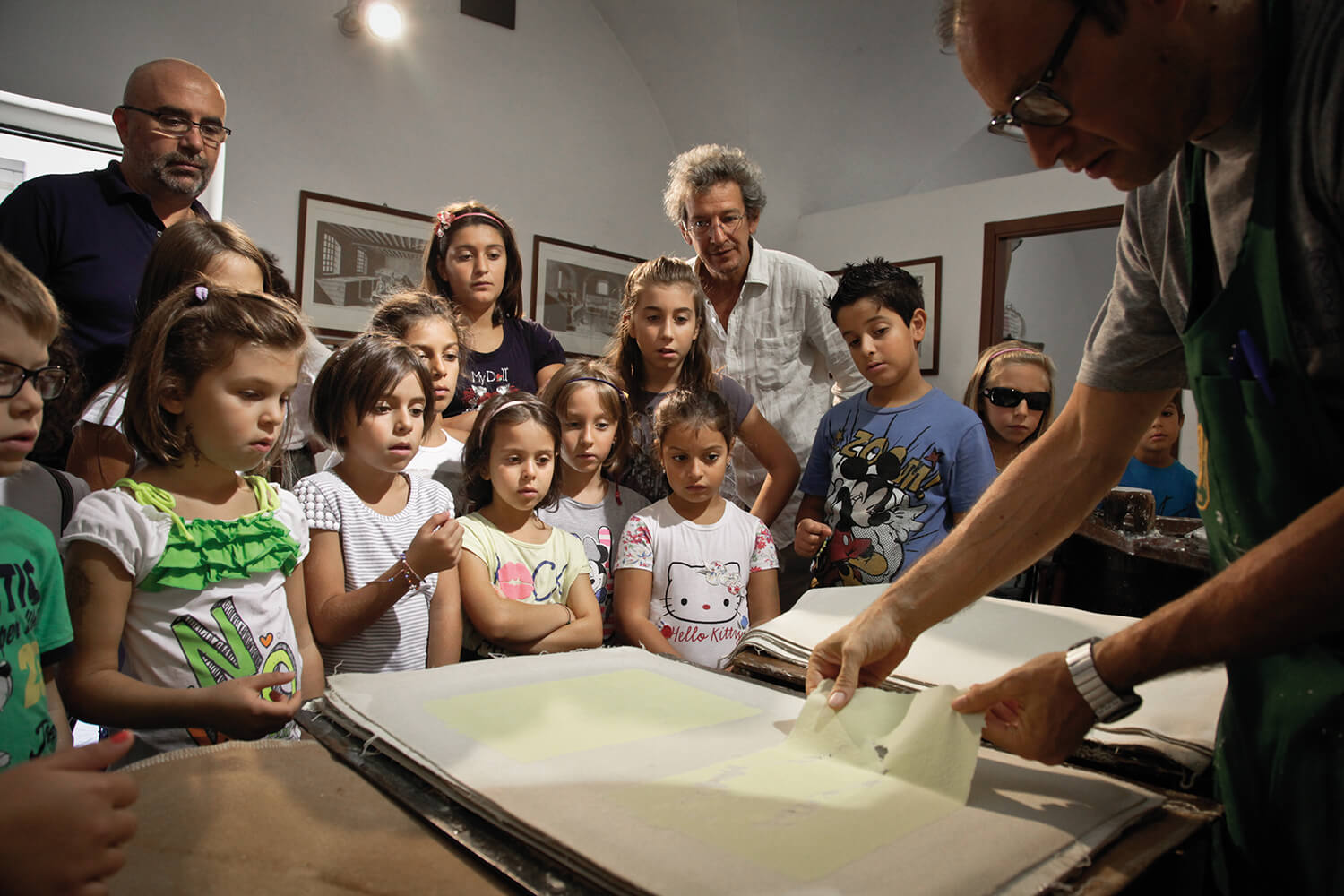 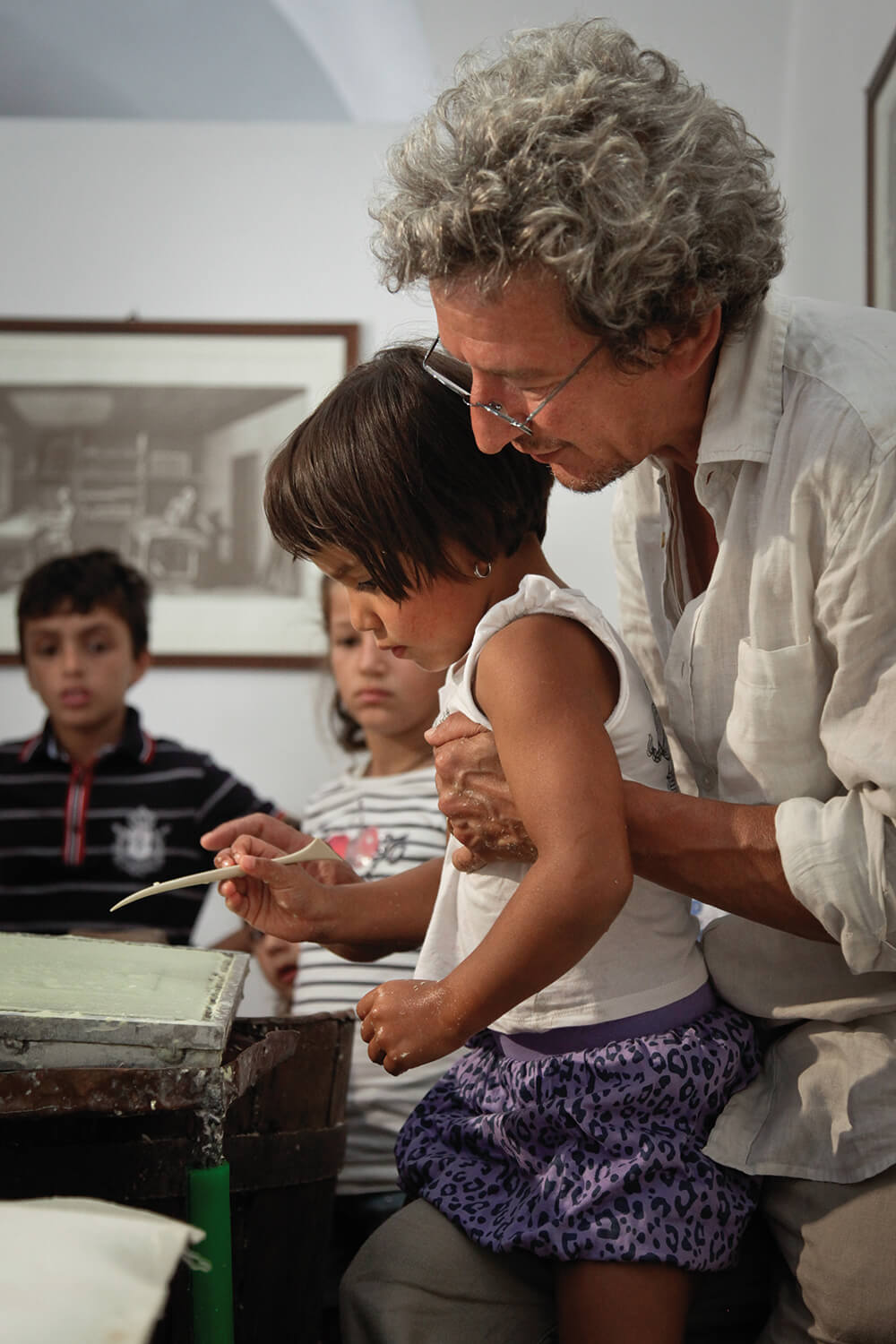 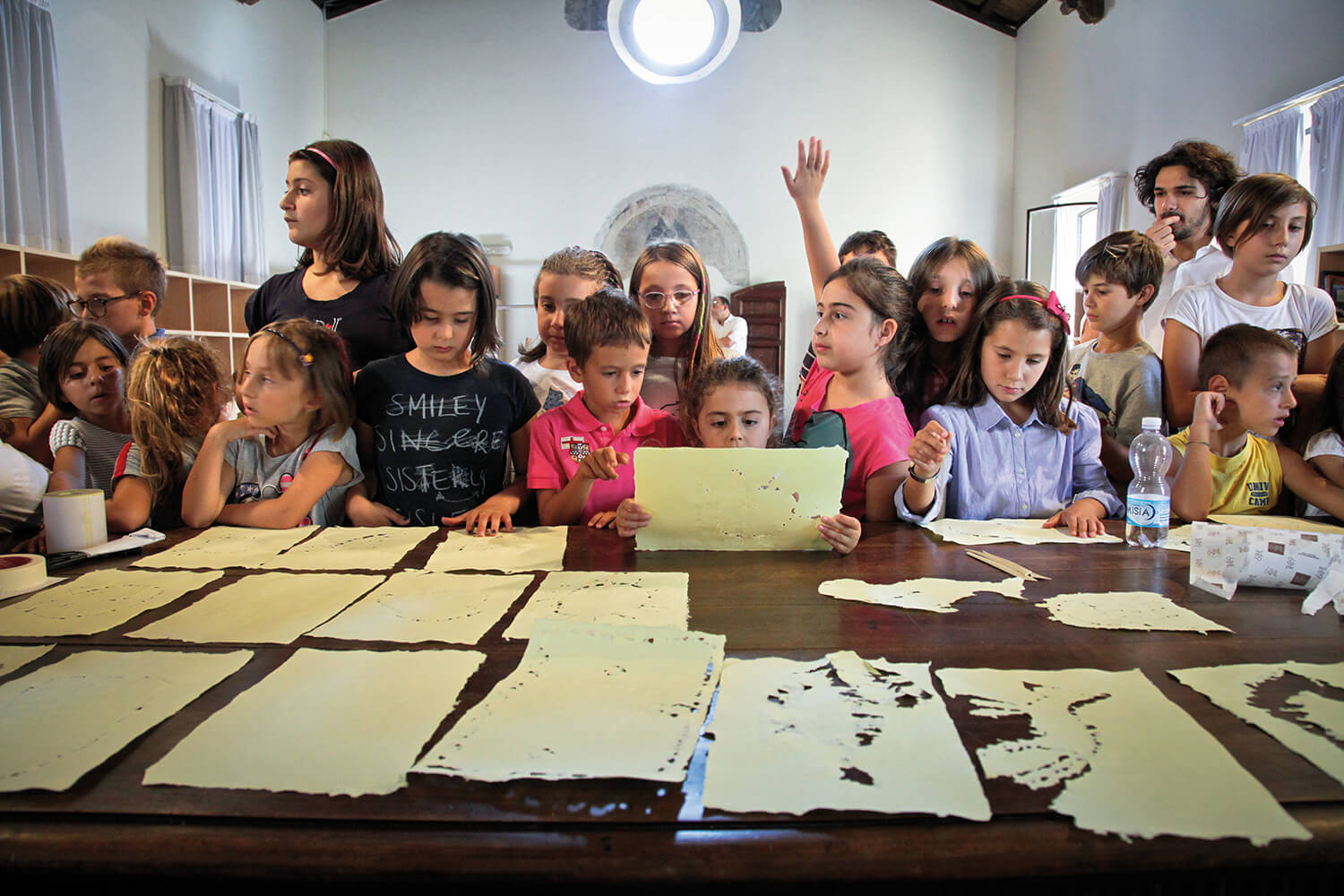 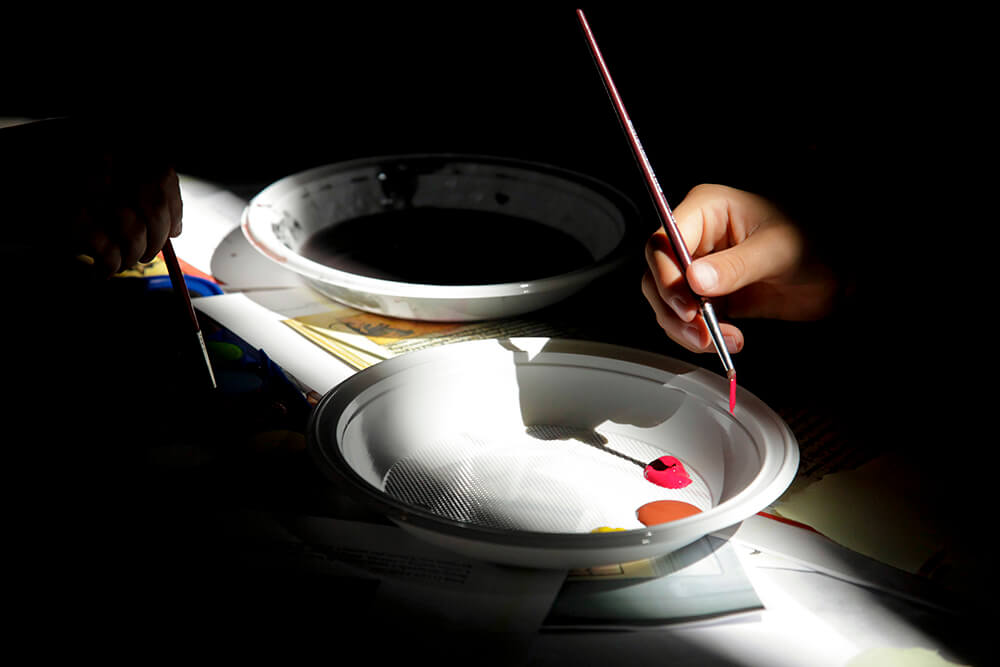 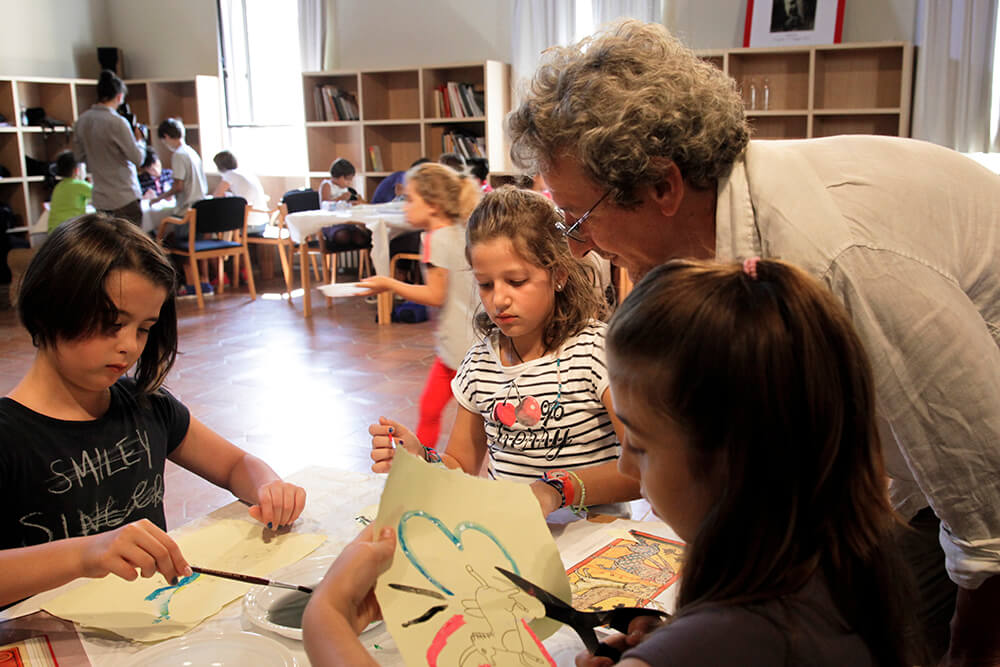 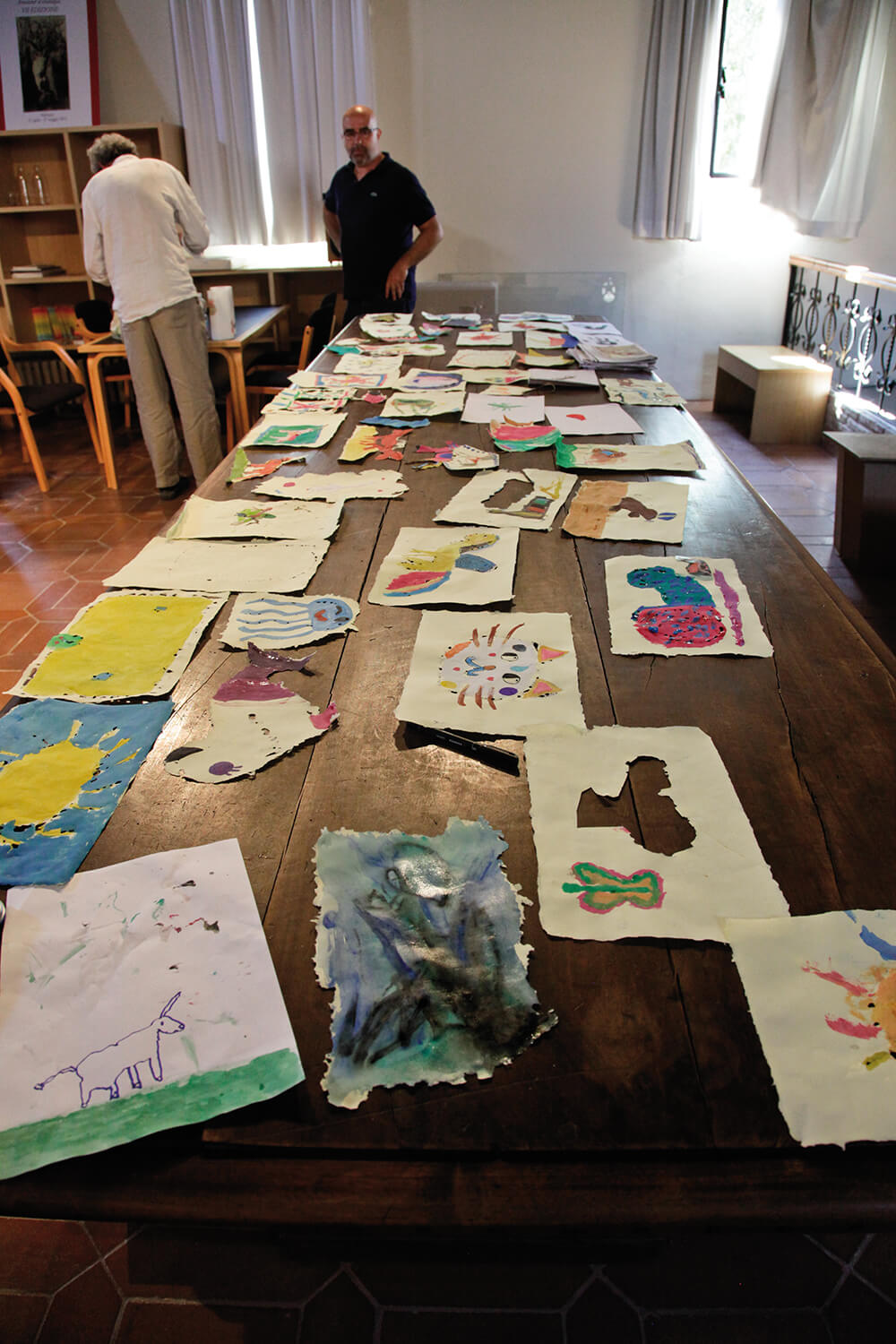 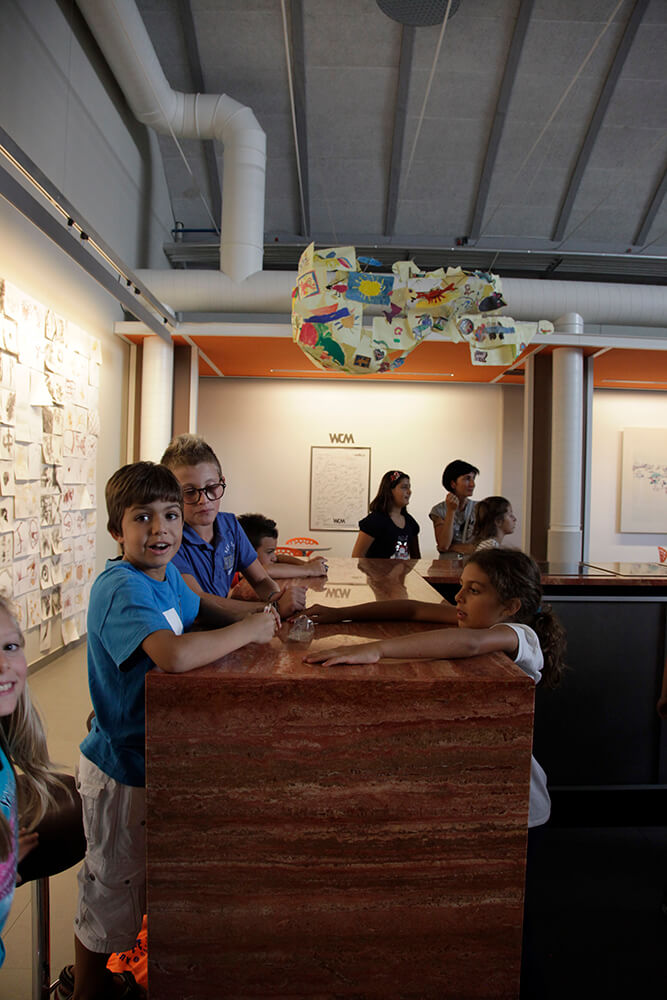 Le memorie dell’elefante (The elephant’s memories) is the title that artist Mario Airò gave to the workshop that he carried out along with forty kids aged six to ten, who were Elica’s employees children.

The workshop aimed at getting its participants to know some key elements of the history and identity of Fabriano, through the game. It has been split into two parts: a more educational one, in which participants were taken to a guided tour to the Fabriano Museo della Carta e della Filigrana; there, they attended a workshop with a paper master, so as kids would understand the productive steps to creatively produce their own paper.

During the second part, Mario Airò, starting from the paper sheet upon which every participant had drawn free outlines inspired by middle-age bestiaries, led kids to furtherly process them. They had to take into consideration both the historic combinatory art and the current cartoon one, using colors and the frottages and grattages techniques.

During the final workshop phase, Airò and the kids created a sculpture with all the paper outlines they produced, by fixing them on a balsa wood skeleton; this was freely inspired to the complexity of Olympia Chryselephantine Zeus statue, which is a famous artwork by Athenian artist Phidias. This is considered as one of the Seven Wonders of the ancient world. The artwork is the result of team work and was arranged inside Elica’s Headquarters in Fabriano.