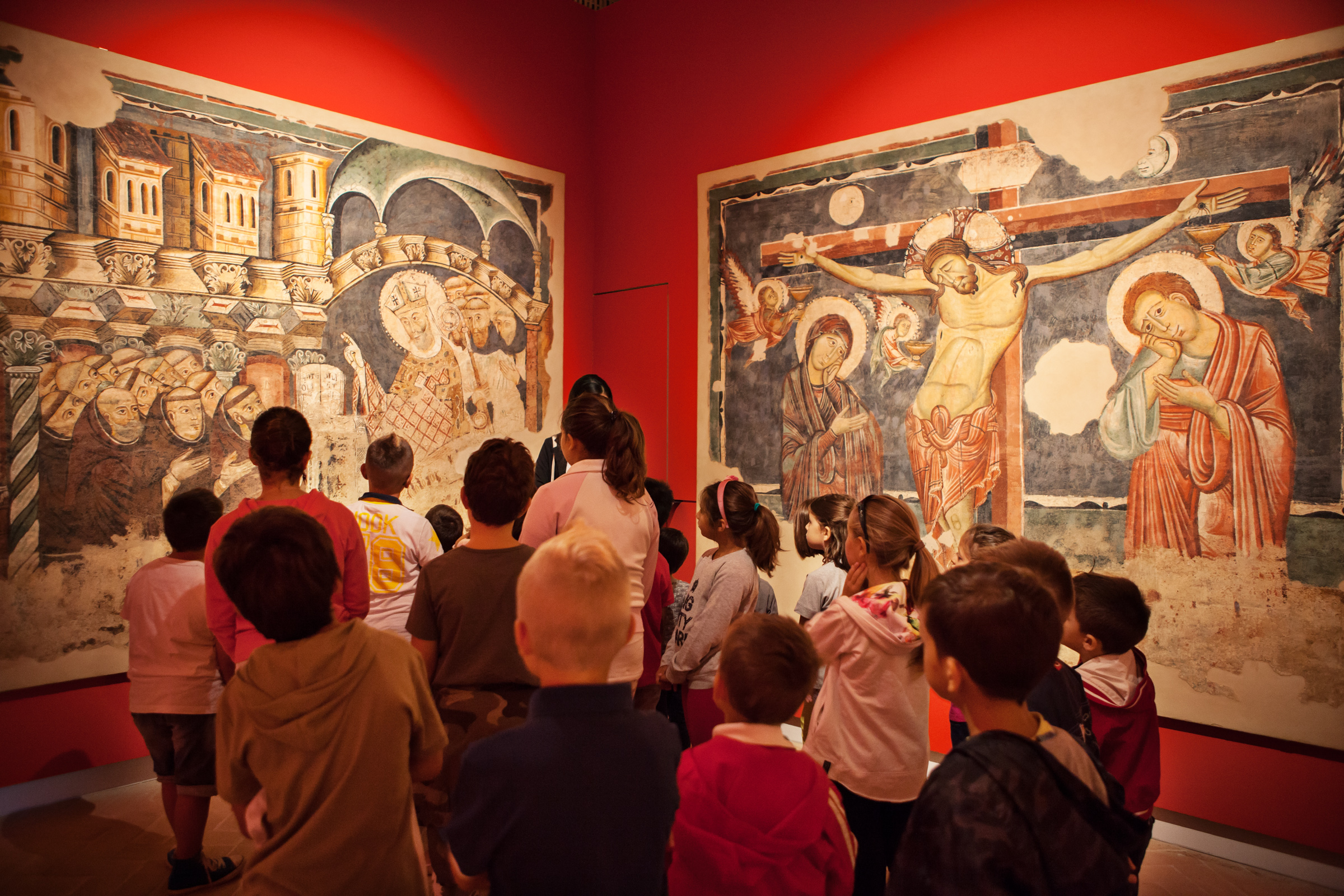 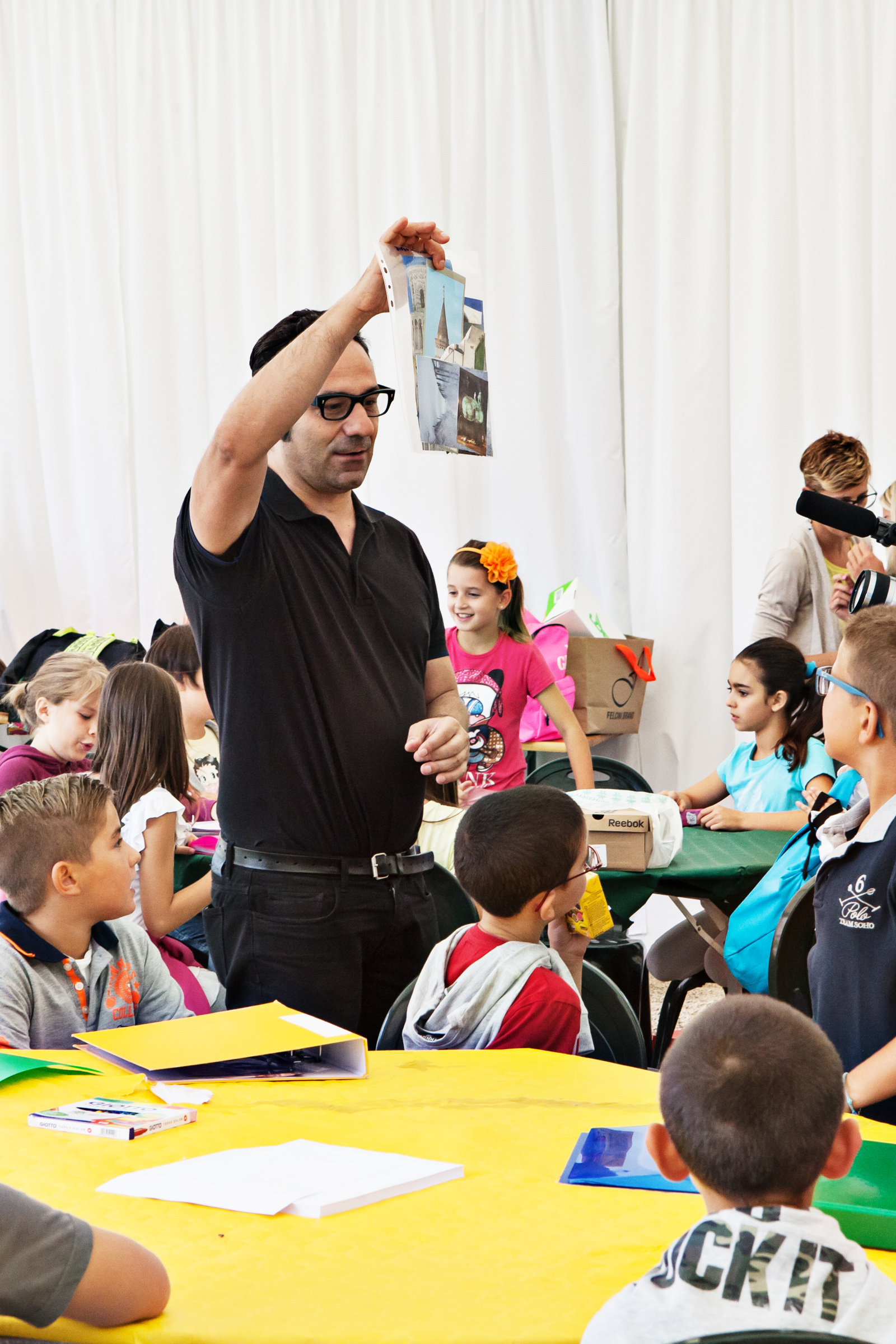 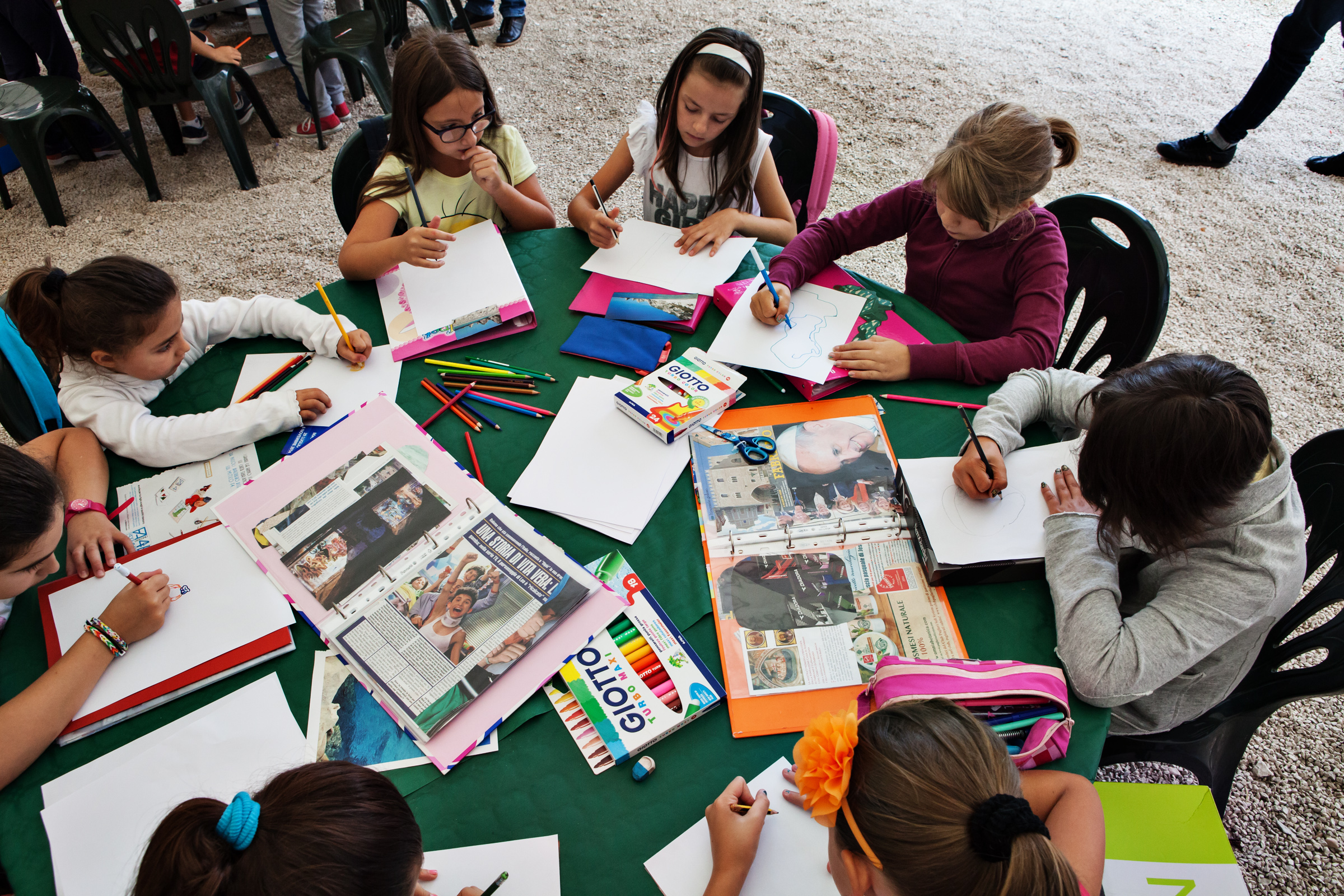 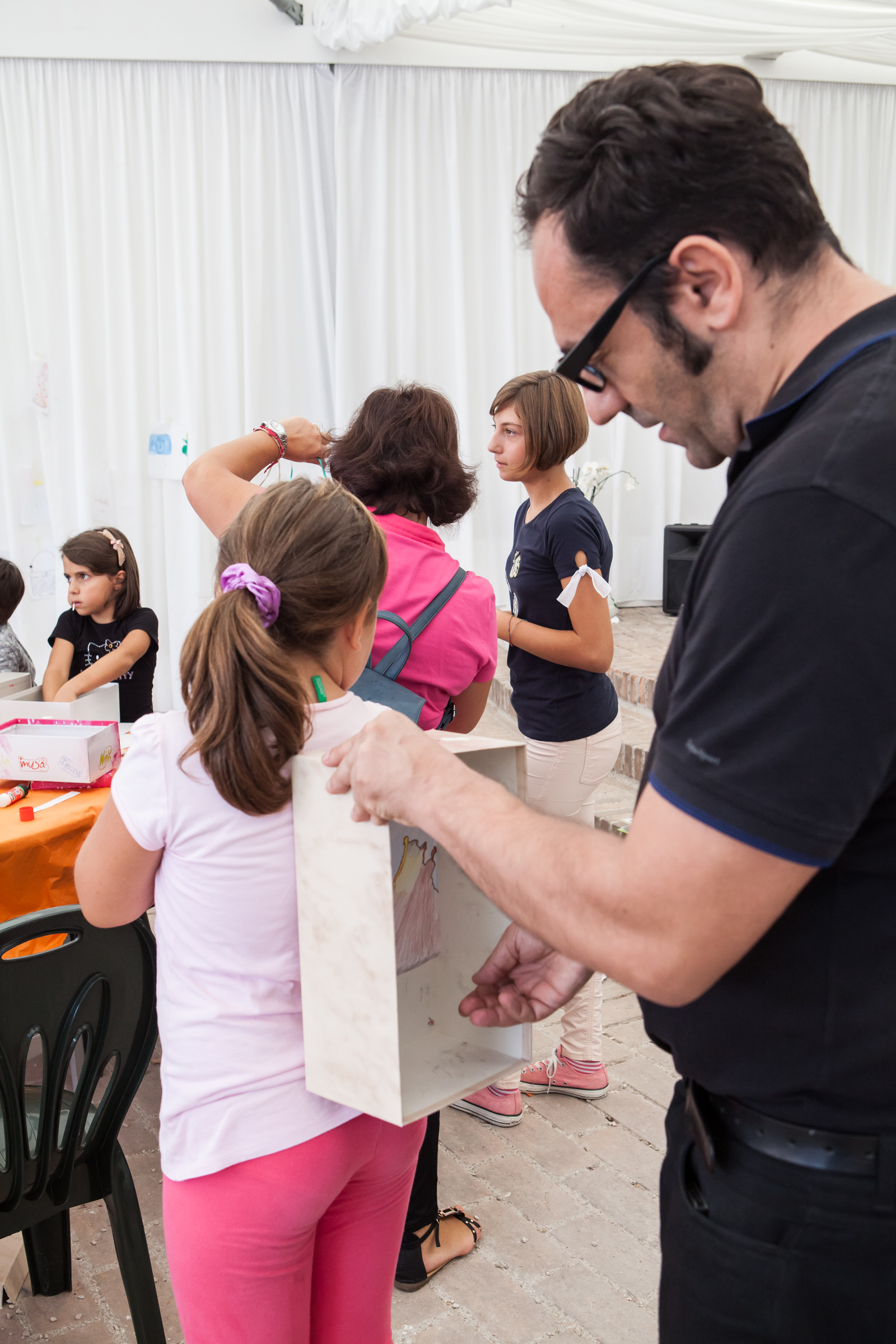 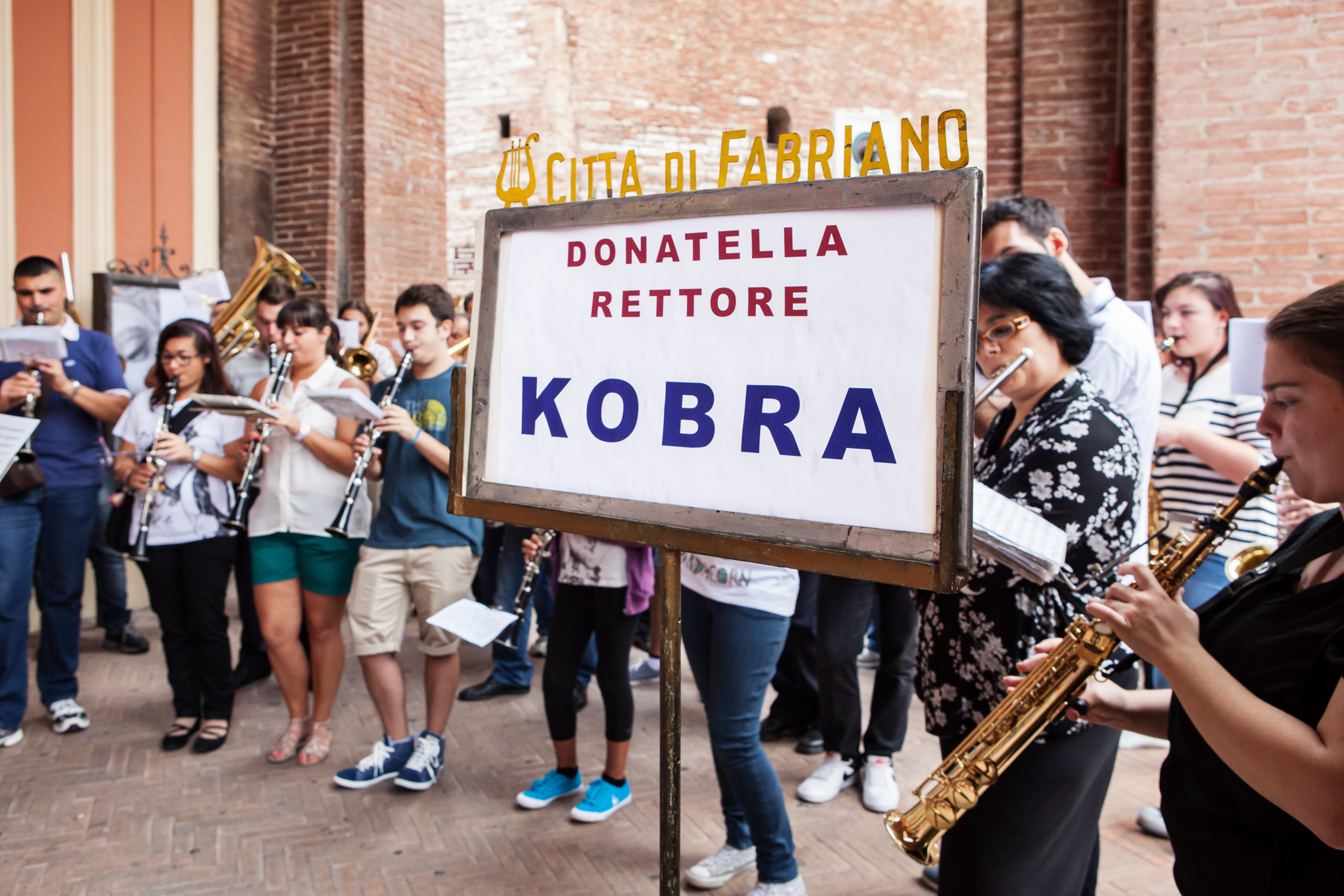 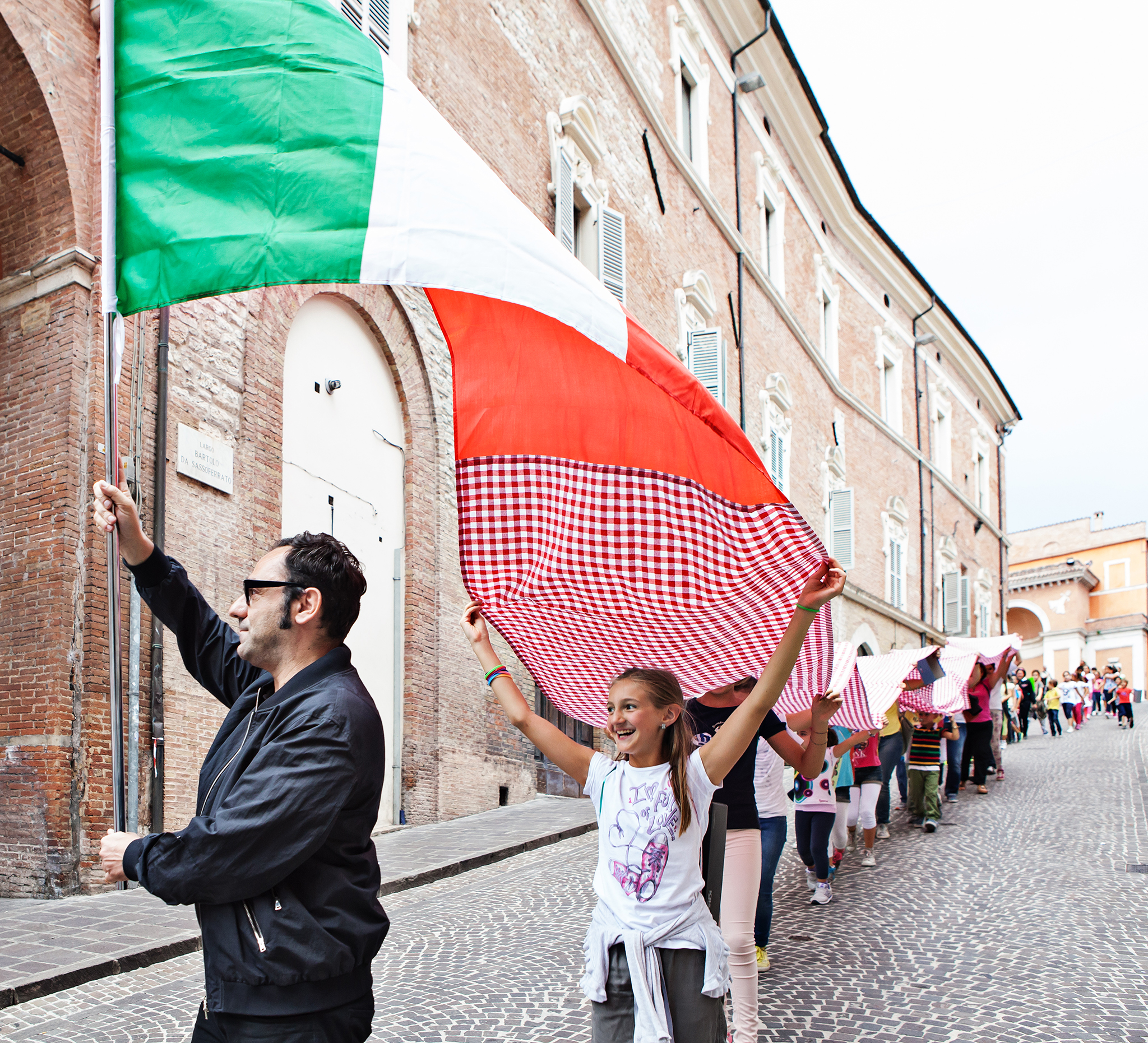 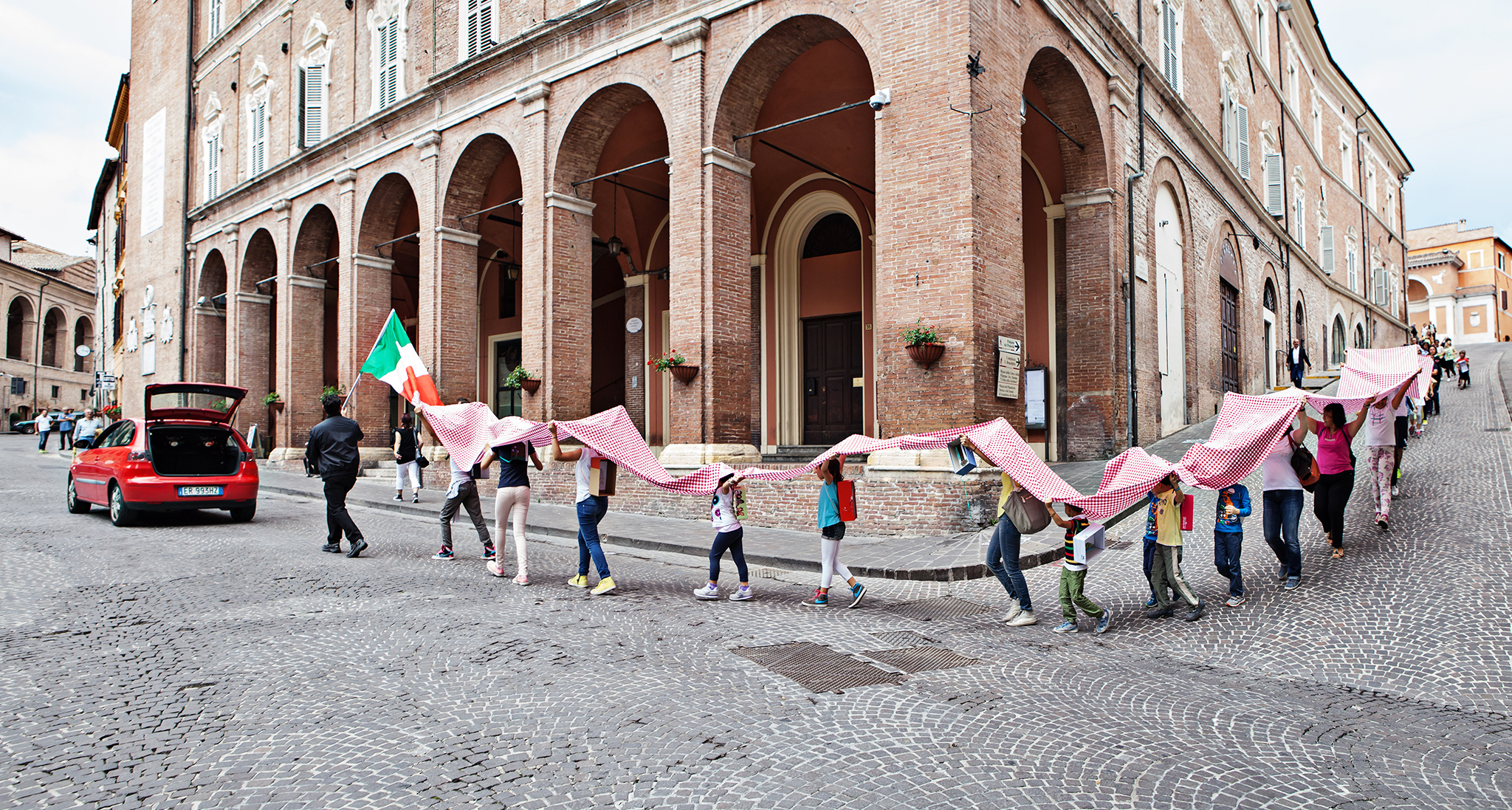 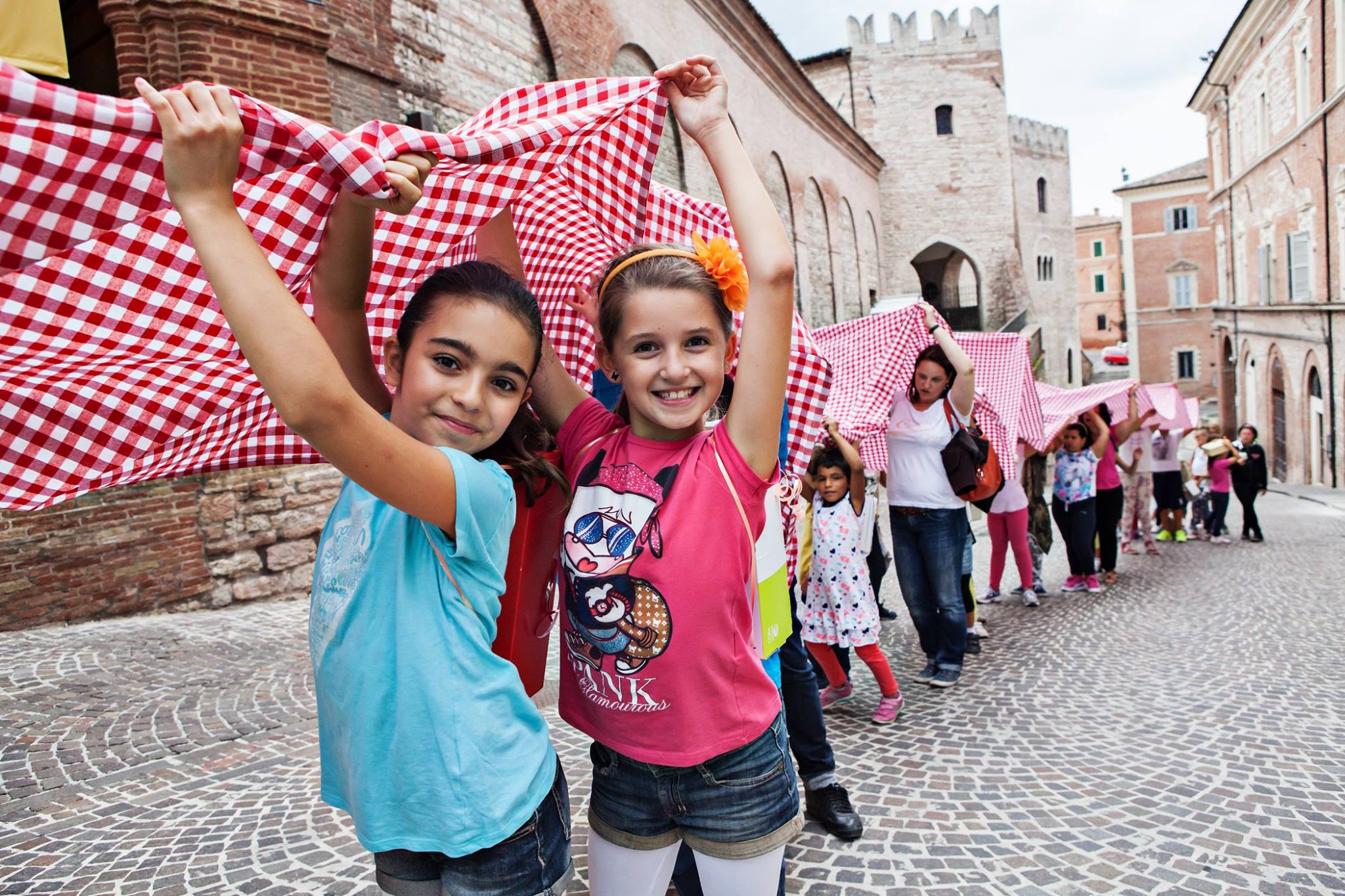 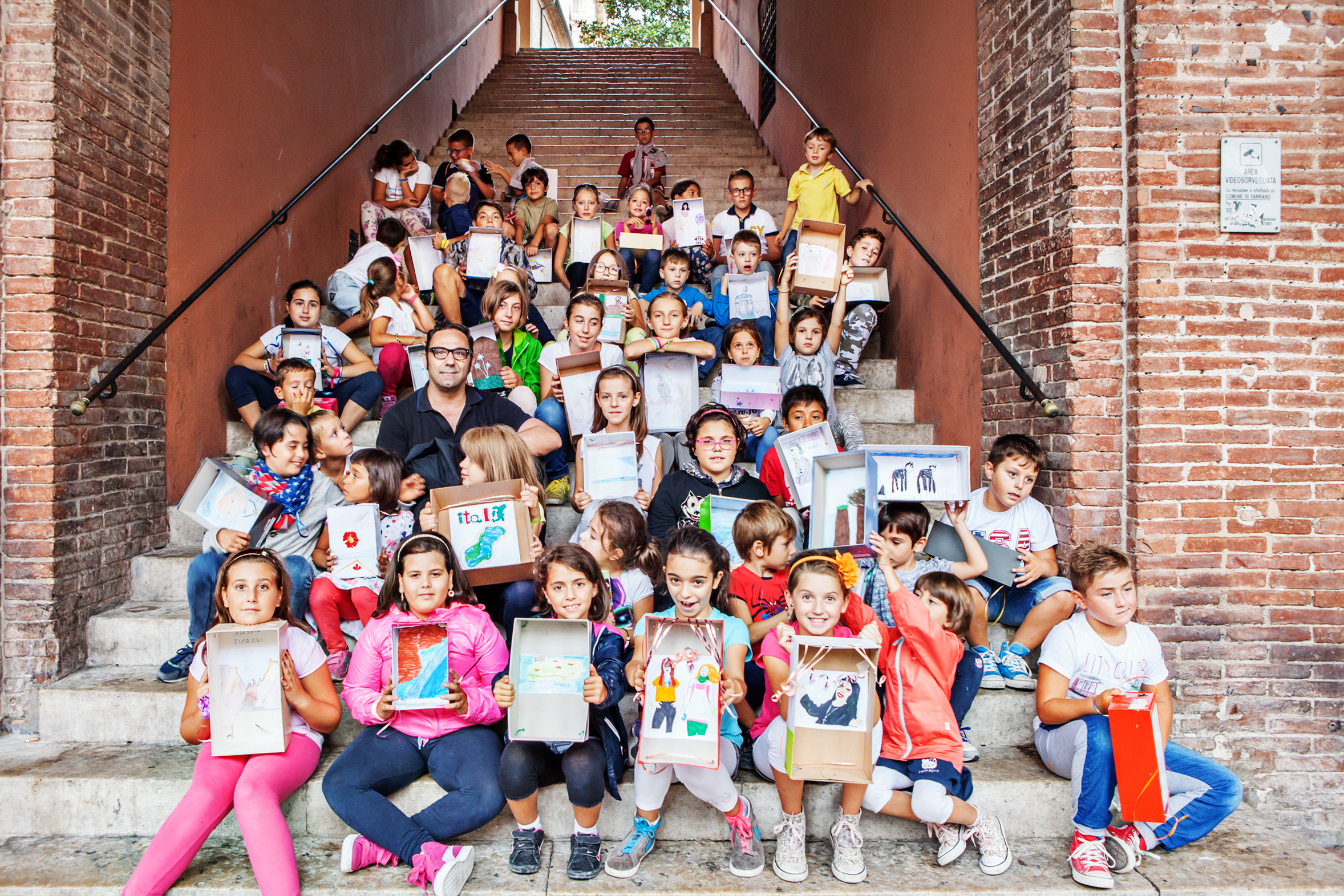 Mini Italia is the performance title that Marcello Maloberti conceived and realized for E-STRAORDINARIO for Kids #2 together with fifty kids, who were Elica’s employees’ children, along the Fabriano historic district streets.

Firstly, participants were taken to the exhibition “Da Giotto a Gentile” that was held at Pinacoteca Civica Bruno Molajoli in Fabriano; later they joined a practical workshop in which they realized special “backpacks”, from cardboard boxes decorated with collages of images collected from magazines and newspaper, portraits, items drawings, artworks, monuments and typical Italian landscapes. There were extracted from an archive that kids and their families prepared months before the workshop.

At the workshop end, the collective performance took place, in the town historic district: a colorful and cheerful procession that enlivened streets and squares; kids, along with the Fabriano marching band, paraded with their backpacks/archives bringing a more-than-20-meter-long flag; this was decorated with the national colors and the red and white texture, the typical tablecloth pattern seen on Italian tables. This activity was a moment for reflecting on the Italian cultural heritage, both in its “high” history and its popular traditions, which are a powerful identity element for every generation.

After crossing the historic district streets, the cheerful procession swept a part of via Dante and reached Elica plant: this marked the inauguration of the street portion dedicated to Ermanno Casoli, Elica’s founder.