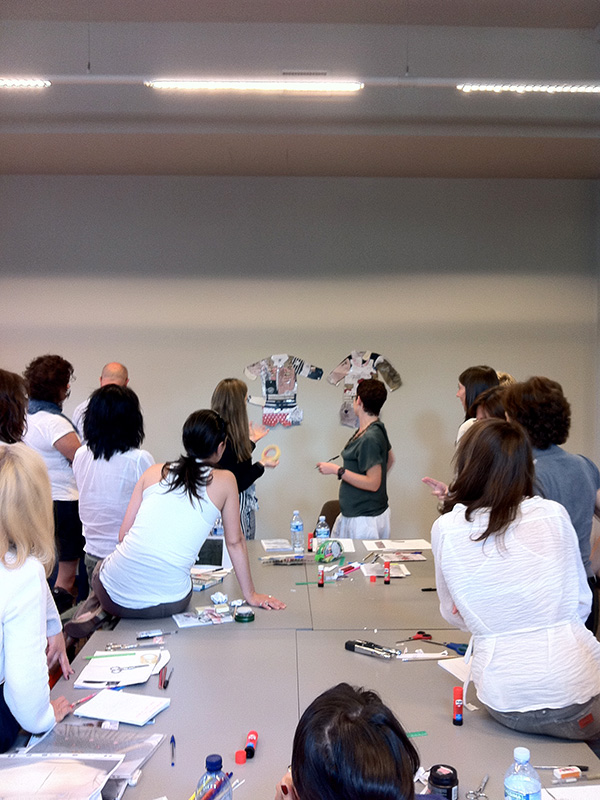 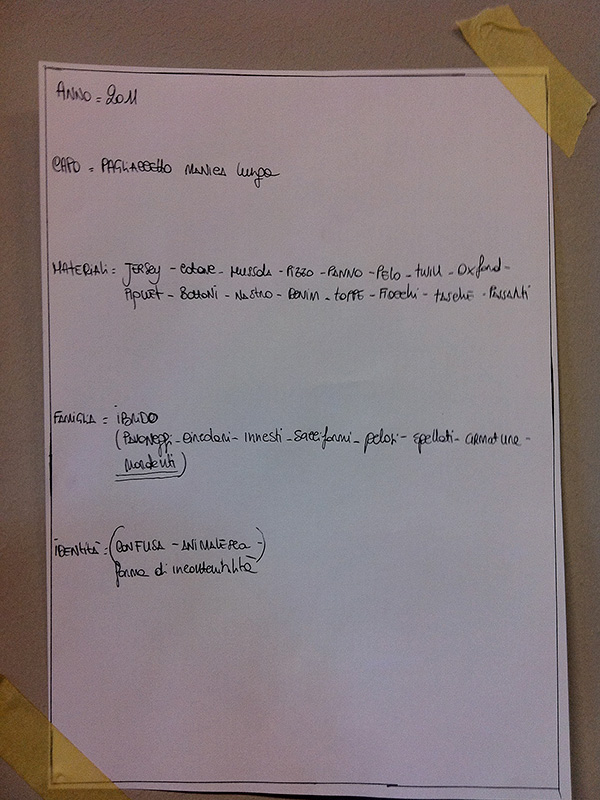 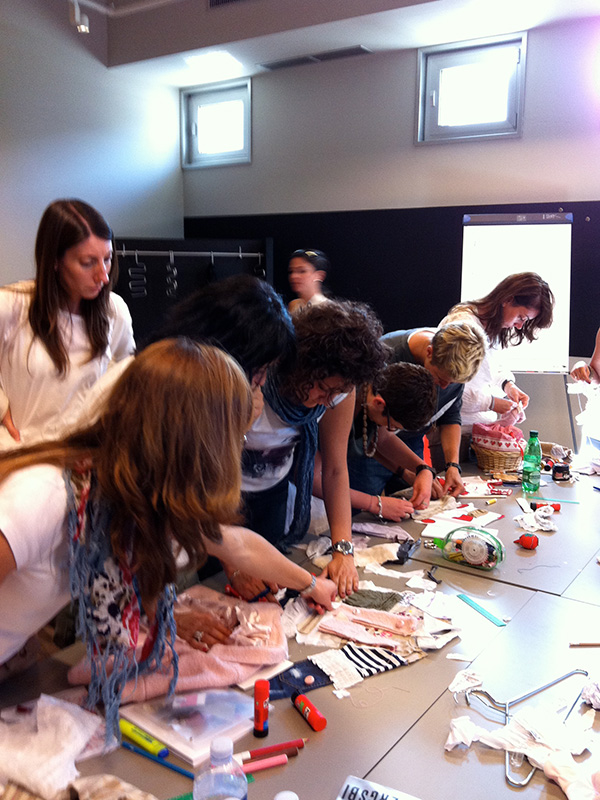 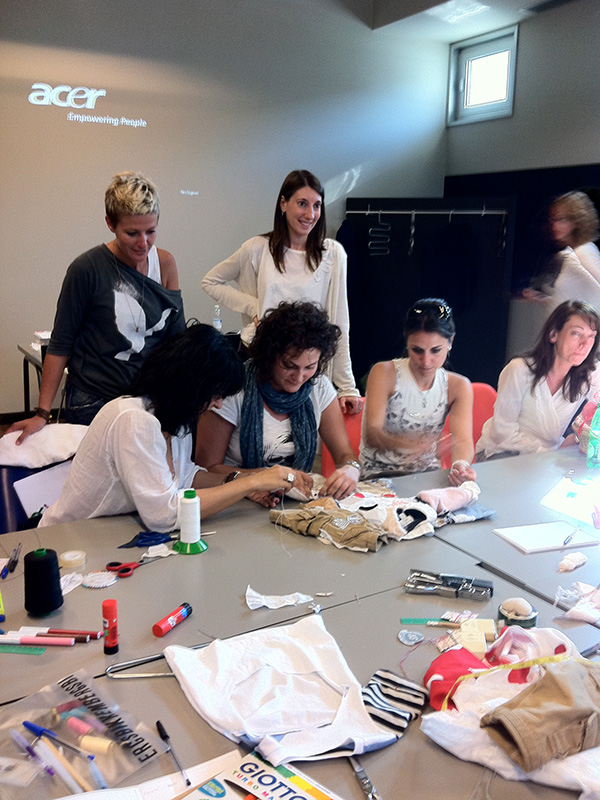 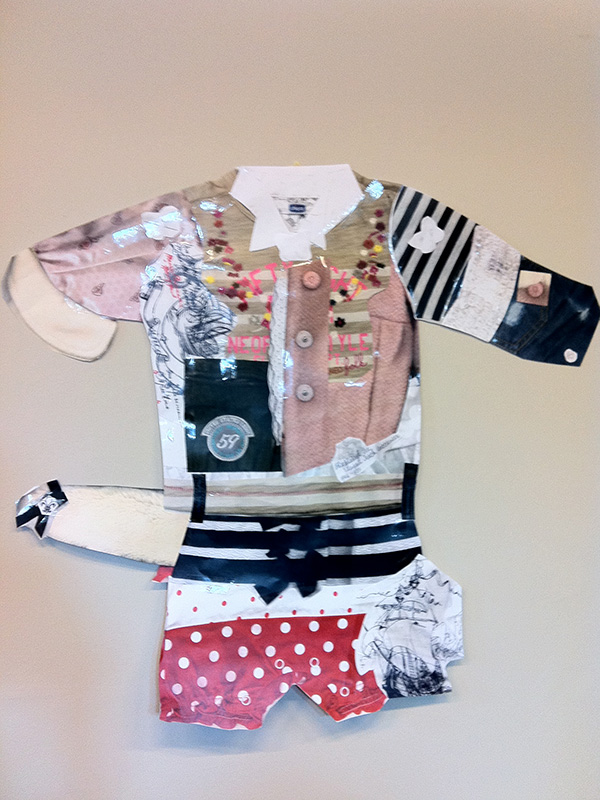 Titolati vestiti is the title that artist Sissi gave to the workshop she conceived and led with twenty employees of Artsana Group multinational, 20 specialized designers of the clothing and children products industry; it took place in the company offices of Grandate in Como.

The artist was supported by the trainer and the curator and led participants to analyze the clothes they designed and liked most to identify a peculiar feature. This allowed to creating a clothe classification and to giving clothes new meanings and names, that is to re-entitling them. During the workshop second step, some parts of the analyzed clothes were cut and united according to new criteria, so as to trigger a hybridization process that generated something new: the single parts were re-entitled and sewed to create a new clothe, which symbolized a family, friend or colleague group. This was composed by different identities that are connected and united by a strong link, even though they’re not similar to each other.

The workshop triggered a creative process in which participants felt free to re-consider reality and re-name it: they broke pre-defined concepts and stimulated ideas that bring cutting-edge solutions.